So Once Again, We Go On Journey!

So Once Again, We Go On Journey! (そうしてもう一度、旅にでる, Sōshite Mō Ichido, Tabi ni Deru?) is the eighth episode of the The Detective is Already Dead. TV anime adaptation.

Kimikiko and Siesta realized that the wind that they met the other day was a fake. While upset, a fifth victim was killed. Siesta, who chooses her means to defeat her Hell, and Kimihiko, who wants to respect the feelings of her bereaved family, pass each other. Three days later, Alicia is involved in the incident. She was Kimihiko, who was relieved by Alicia, but she was beginning to realize the unacceptable reality ...

Eating some curry at the dinner table, Siesta comments on how the carrots are hard as iron and Kimihiko retorts that's what you get for eating curry made by him. They then talk about the imposter Fubi and about how androids can inherit others' abilities by "taking over" another's core. It's speculated that Hel is now continuing where Cerberus left off for her own benefit. Alicia intervenes in the conversation, and offers her assistance, however, Siesta refuses. Because of this, Alicia decides to solve the case alone and declares that Kimihiko will be her partner. It's at that moment, sirens could be heart signaling a 5th victim who lost their heart.

The following day, Siesta, Kimihiko, Alicia talk with the victim's widowed mother, who describes the victim's backstory to them. Siesta also curtly presses her for some information that the mother starts to become emotional, but Alicia helps her by telling her a motivational speech about her deceased daughter. Afterward, Siesta and Kimihiko talk about how she handled the questioning with the victim's mother and later talks with Alicia about his talk with Siesta. Also during it, Kimihiko gives Alicia a ring that he bought from a street merchant. When Kimihiko is asked by Alicia to put it on, Siesta arrives at the scene and notes her disdain for what Kimihiko was doing and leaves.

Back at the hotel, Siesta locks herself away in her room, and Kimihiko after talking with Siesta from the other room, heads out for a bit. It's outside that he finds an injured Alicia and another injured victim, he's soon joined by Siesta, and Kimihiko then takes the injured Alicia to the hospital. From there, Kimihiko reveals that he placed a tracking device onto her to not only keep track of her location, but also keep track of her heart rate as well. They briefly talk with each other and soon Kimihiko passes out and when he awakens, finds that Alicia is gone.

Afterward at a church, Kimihiko meets with Siesta who informs her suspicions to Kimihiko that Alicia is really Hel. From out of nowhere, Alicia appears and confirms that their suspicions are correct, but before Siesta could take her out she's taken away by Chameleon. He informs the two of the place he plans on taking Alicia, a small island 700 nautical miles that acts as the base of operations for the SPES organization.

Characters (In Order of Appearance) 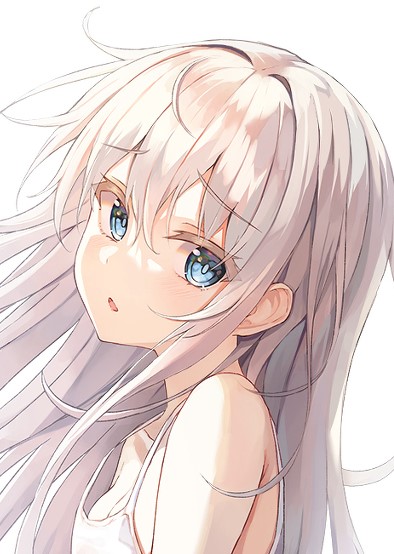 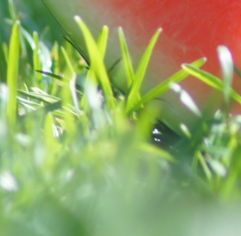